In 1947 when he began his Conservatorium career staff were employed as part time public servants, paid a fee by the hour for only 36 weeks in the year, without permanent salaries, sick leave or superannuation, and any absence, for whatever reason, went unpaid. During these years Ray also took on private lessons, which would often end in long discussions about philosophy or politics. After his marriage in 1956 he also took on many examining tours for the AMEB (Australian Musical Examining Board) and also Adjudicated eisteddfod’s travelling all over NSW to help make ends meet.

He began his work at the Conservatorium teaching Aural training in which he was considered something of an innovator. Some years later, he became a Lecturer and later still, a Senior Lecturer in Harmony and Composition, Counterpoint and the Aesthetics of Music. With his position as a lecturer also came his first actual salary in 1967 under the administration of Sir Bernard Heinze. Ray now held a position which offered holidays and other benefits, and he and the other staff at the Con fought long and hard for this. He was by this stage rather ironically, denied superannuation because of his age after 19 years of lobbying.

Ray was also active in curriculum development and assisted in the introduction of the Bachelor of Music Education degree.

As a teacher, Ray’s students appreciated his kind, thoughtful and unpretentious manner, while his abilities and dedication were greatly respected. He became a teacher and mentor to many future Australian composers and musicians, such as Nigel Butterley, Richard Meale, Larry Sitsky, Donald Hollier, Robert Cuckson, Ian Farr and Barry Conyngham, as well as to noted performers such as jazz performers Don Burrows and Frank Smith and piano virtuoso Roger Woodward. Andrew Bisset in his book Black Roots White Flowers: A History of Jazz in Australia, Sydney, Auckland: Golden Press, 1979, p 107. recalled that:

“Frank Smith was the first jazz musician to discover Hanson at the Conservatorium, and through Smith, Hanson became a key figure behind the emerging jazz scene. Ray taught the Hindemith method of composition…the rules of which forced jazz musicians to think of new areas. Many found that half an hour with Hanson left no time for any other thoughts the rest of the week…Hanson was a musician’s dream “.

As a teacher it was my understanding that Ray saw his students as the teachers of the future and had a more collaborative approach to lessons, wanting to hear what they thought. Teaching at that time was very much by the book, to the letter of the curriculum, so I expect this made him unpopular with everyone but his students, who found in him a willing ear full of encouragement for their future hopes and dreams. Larry Sitsky said in an introduction in the Australian heritage Series No 68. Raymond Hanson Collected Songs, Volume 1, Keys Press, WA, 2009.

“In memory of any of us who were fortunate enough to have studies with and known Raymond Hanson (“Ray” to his friends), there is an image of a man who was kind, honest, full of integrity and humility and a man who cared for his                   pupils and for the future of music in this country" Hanson was unlucky enough to have been in the ‘in between generation’, i.e. he had shifted away from his conservative roots and teachers, but he hadn’t shifted far enough in some ways. So when there was a sudden surge of support and activity for Australian music during the sixties and seventies, he was somehow overlooked as being part of a past generation. It is only now, far too late for Ray, that we are looking at his contribution and publishing his manuscript works.

Although primarily a composer/pianist, Ray also wrote a significant number of songs and chamber works, which we are now finally bringing into print. Ray’s choice of words shows his discernment of literature as well as his sensibilities about the human condition. We are all the richer for adding Ray’s music to our Australian heritage. I cherish the memory of the man and am proud to have been his friend, after my student days”. 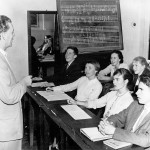 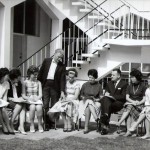 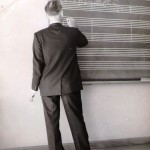 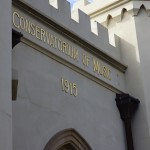 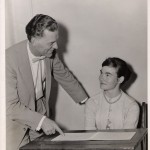 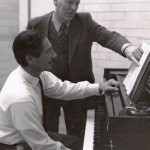 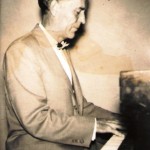 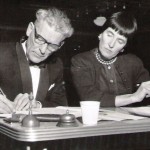 Ray continued to work at the Conservatorium up until his death in 1976. His ill health however, meant they had cut back his hours to 1 – 2 days per week. During this period in late 1973 Ray was the recipient of the first Senior Composition Fellowship from what was then the Australian Council for the Arts, an award that was unanimously greeted as “perhaps the most felicitous and justly deserved “ of all awards announced at that time.

During this period of the fellowship he composed a full length opera on a theme which reflects his strong Australian attachment  Jane Greer, set during the Rum Rebellion. Ray also completed his manuscript of the Immortal Touch just days before he died, but did live to see its Part 1 performed on June 10th, 1975 at the NSW State Conservatorium of Music, performed by the Conservatorium Choir and Orchestra and conducted by Richard Gill.

Ray was awarded for a lifetimes work with a Member of The Order of Australia (AM) in the 1976 Australia Day Honors list for his contributions to Australian music. It seems that Ray did not collect his award that year and why is not clear.  It was only five months after losing his wife and he quite possibly had other things on his mind.  Ray himself died the 6th December 1976 and so it was collected by his eldest daughter Marcelle at Government House at the Honours ceremony in 1977. 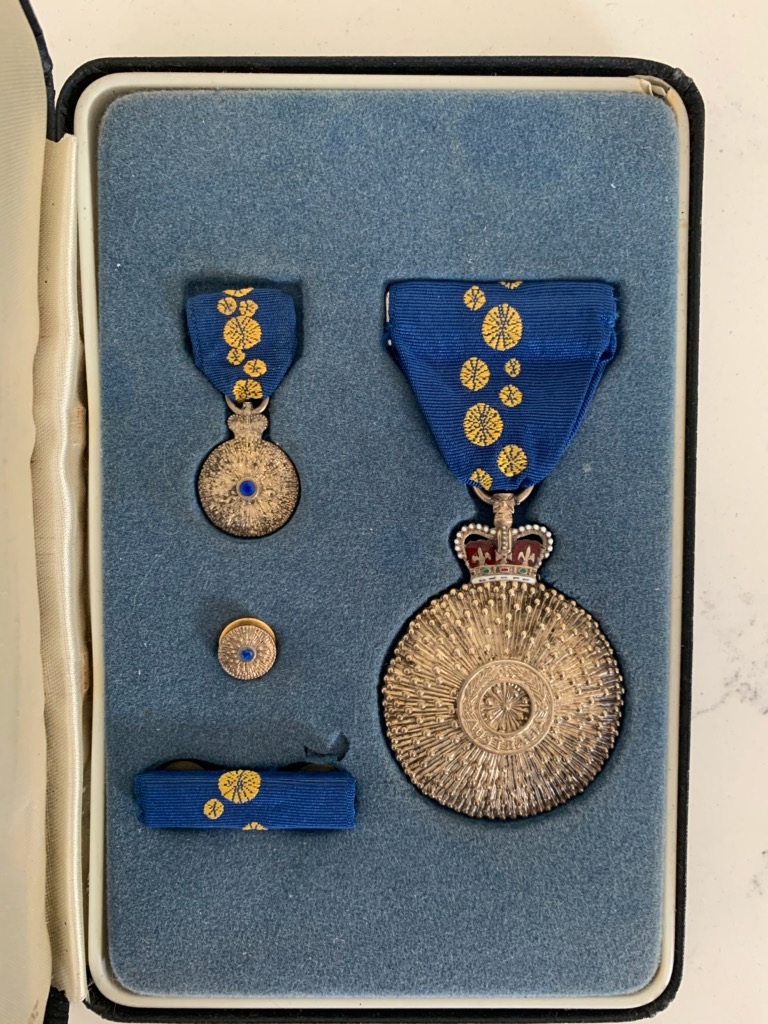